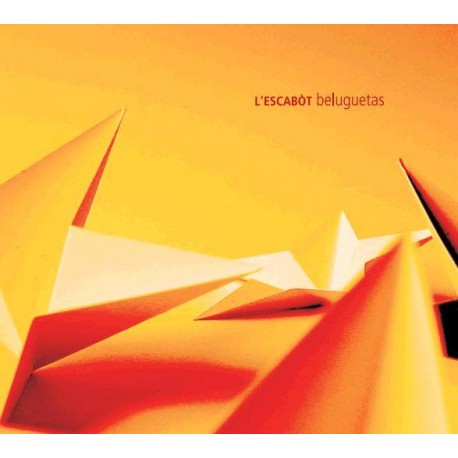 Compilation of lullabies and songs for children, from popular Occitan repertory, by a choir of 9 singers from Occitan Valleys of Italy (their fourth album).

From the Occitan Valleys of Italy, L'Escabòt is a chorus of 9 singers who passionately interprets songs from the popular occitan folk repertory.Beluguetas, their fourth album (2013), is for children: compilation of lullabies and children's songs.

It is the double passion for popular singing and for the occitanist question that brought together, in August 1999, amateur singers of the Grana and Estura valleys (Italy), in a vocal group under the name of escabòt.

The small group (this is the meaning of a squad in the Alpine Occitan of the Occitan valleys of Italy) offers only songs from the great Occitan tradition on both sides of the Alps, directly inspired by the troubadours. A strictly Occitan repertoire, from the Italian valleys to Provence, Languedoc, Gascony, where all these popular songs of Òc seem classical, in polyphonic arrangements sober and effective.


Simondi Fabrizio, who plays the role of choral conductor, is one of the founding musicians of "Lou Dalfin" (with Sergio Berardo), but is also known by folk-song enthusiasts as the creator and founder of the choir Cevitou, of which he was director until 1998.

The energy and the passion of this formation of modern constitution, testifies of a renewed interest in the choral song and constitutes a new example of the collective consciousness of the population of the Occitan Valleys on the occitanist question.