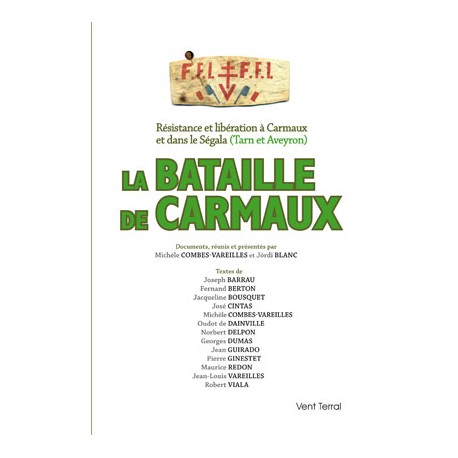 Resistance and liberation in Carmaux and Ségala (Tarn and Aveyron, France)


On 16 August 1944, the day after the Allied landing in Provence, the Battle of Carmaux was launched. The German garrison surrendered, but Carmaux, the first autoliberated city in the south-west of France, remained at the mercy of a German counter-attack. Over the next two days, on August 17 and 18, a rare occurrence in the history of the Second World War, on a front line of 8 km, 2,000 guerrillas would stand up and repel 2,500 Germans.

The first town in the south-west, liberated on its own, the city of Carmaux will receive the Croix de Guerre. Since the collapse of 1940, Carmaux, by its coal production and its mining population, is an important stake for the occupants but also for the internal resistance. After the failure of a premature attempt to liberate the city by the FTPF, obeying the slogan of "national insurrection" of the PCF, it is in connection with the bushes of the Lot of Colonel Vincent (Vény) and The British secret services organized by the main maquis of the Segala Tarnais and Aveyron, in which the Armed Forces of the Organization of Armed Resistance (ORA) will play a decisive role. This collective work, a collection of testimonies, portraits of the main actors and rich in historical documents, is also a contribution to history through an inventory of forces present and a reconstruction of the battle.

Michèle Combes-Vareilles, received the unpublished testimony of his father, Jean Vareilles, a war veteran of 1939-1940, resistant and mayor of Carmaux at the Liberation and his companions of maquis. This is enough to enlighten all the municipal posterity of the post-war mining town.

Jòrdi Blanc, in the continuation of the books already published by Vent Terral on Carmaux and Jean Jaurès, was passionate about this history, its protagonists, and its political and military ties with general history.