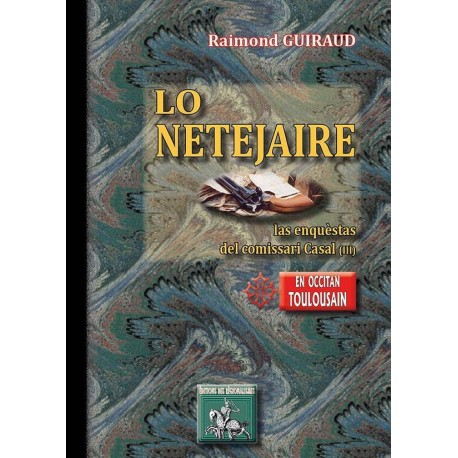 Lo Netejaire, las enquèstas del comissari Casal - In this volume 3 of the investigations of Commissioner Casal, Raimond Guiraud gives us a detective novel in Toulouse and in occitan language.

We meet Commissioner Casal who is conducting the investigation in a new case in Toulouse: it is to make Mad Commissioner Casal go mad: a young man decided to "clean" the city of all the "scrapes" of the company: whores , Homeless, homosexuals, etc. So commits a fight at a distance between the commissioner and the "cleaner" not as silly as Casal would have liked ...

Born in Toulouse in 1929, the "Guiraud de Bazièges", worked in agri-food in Paris, without ever forgetting the mother tongue of the country Moundi. His craft had made him rub shoulders with gendarmeries, police and courts, also, later, the envy takes him to put to the writing of police novels. In Occitan, of course, for the love of the Country and the Language of Oc.

In occitan from Toulouse.