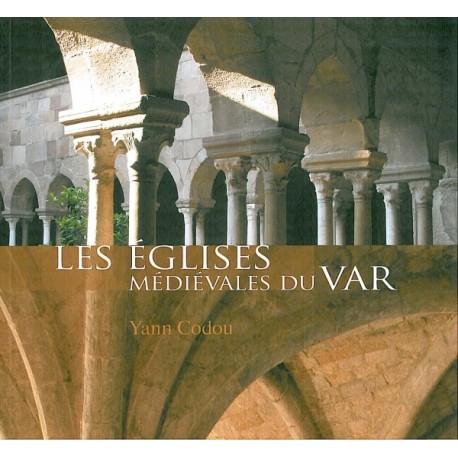 Les églises médiévales du Var (Var medieval churches). Presentation of all sites, buildings and vestiges dated from late antiquity to the end of the Romanesque period, and which testify to the medieval and architectural wealth of the Var. Yann Codou offers a reflection on the vocabulary of religious life, and on the place of the church in the Middle Ages. Les Alpes de lumière n°162-163.

Under this title of a rare sobriety hides a book of great wealth. Who would have said that the department of the Var conceals more than 150 sites, buildings, vestiges of the most distant past of Christian Provence? From prestigious abbeys, such as the famous "Cistercian sister" of Thoronet, to imposing monastic ensembles, such as La Celle, or more modest like the Montreux or La Verne monasteries, to cathedrals, large churches or colleges - Fréjus, Draguignan or Barjols - the great Var heritage is already known and visited. It is less well known that there are, in some fifty communes, a large number of medieval witnesses who, from late Antiquity - IV-th century. - at the end of the Romanesque period - 13th century. - tell us the long history of our civilization; that of those thousand years in which Christianity was born, developed, and transformed into that corner of the earth that became the Var.

Yann Codou invites us not only to a fascinating journey to discover this medieval architecture, but also to a detour almost obligatory by the rich vocabulary of the religious life and to a reflection on the place of the Church, in the organization of the frames of life in the Middle Ages whose landscapes still bear the mark.

Presentation of all sites, buildings and vestiges dated from late antiquity to the end of the Romanesque period, and which testify to the medieval and architectural wealth of the Var.

The author:
Yann Codou is a senior lecturer at the University of Nice Sophia Antipolis and a member of the Cépam laboratory (CNRS). His work focuses on the role of the Church in the countryside during the Middle Ages, which he studies by basing his thinking on the analysis of texts, the study of elevations and archaeological excavations. He is also the author of the book "L'abbaye Saint-Eusèbe de Saignon et ses dépendences".