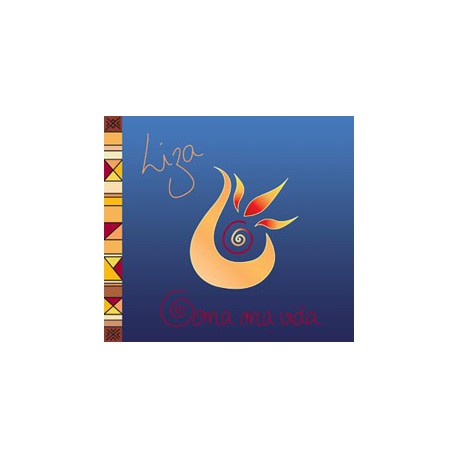 First album of Liza, « Coma ma vida » (2005) is an image of this young occitan troubadour. Back in the medieval period, the troubadours or minstrels sang about love and war. They told tales of heartbroken loved ones, of promises made and then forgotten and journeys through distant lands…

Born in 1979 in the ancient Roman city of Aix en Provence (France) to an Anglo-Danish mother and a French father, Liza grew up surrounded by languages, in a multicultural family environment where music always had an important role, whatever the language.

Liza first laid her hands on a piano at the age of 4, and has never managed to live far from one since then. Throughout her childhood, with schooling balanced between England, France and then Italy, Liza always ended up playing the piano and singing.  A piano even followed her all the way to Marrakech, where these nomad tendencies inspired Liza to work in educational tourism and sustainable development. Based between the sun swept desert and the snowy peaks of the High Atlas Mountains, Liza ran around Morocco for several years for Discover Ltd.

After that, Liza then travelled through most of Europe as an educational tour guide, sharing her keys to discovering new cultures, different languages and ways of life with a series of unsuspecting teenagers. Her passion was however contagious: during long bus journeys, entire groups of high school American kids were found taking great pride in singing along loudly with Liza in Provençal (a medieval language of the South of France).

Her first album “Coma ma Vida” (2005) is a real reflection of this young minstrel’s path, with stories sung in English, French and Provençal - her mother tongues and her language of heart.
Back in the medieval period, the troubadours or minstrels sang about love and war. They told tales of heartbroken loved ones, of promises made and then forgotten and journeys through distant lands. Trobadours sang in Provençal (one of the dialects of the Lenga d’Oc, or Occitan as it is known for some) and travelled throughout Occitania - which covers the whole of the South of France - all the way to castles and courts in Scandinavia and beyond.

With her tale about the “Red sun” and the promise of love returning with the new day, as a modern minstrel Liza brought some of the warmth of the Mediterranean sunshine all the way to Lapland. It moved the alternative Eurovision Song Contest’s audience (without all the glitziness) to rewarding her with the Public’s Choice (2006).

Wherever you may be in the world, just let Liza’s warm heartfelt melodies reach out and take you by the hand, to lands you love to dream about.