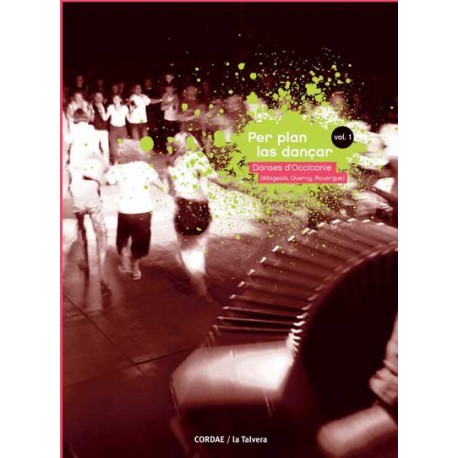 This first DVD bilingual French-Occitan presents fifteen dances collected by the association CORDAE / The Talvera in the Albigensians, Rouergue and Quercy. After a quick comment on their origins, the dances are explained and shown in detail by a couple, then danced collectively.


Discover a fabulous learning tool, with Celine Ricard, Thierry Cintas (dances) and the musicians of The Talvera ......

For the pleasure of the feet and ears, the reference!

"What we are interested in dancing, as indeed in music is that it is a way to position themselves in relation to the world. Dancing, for us it is a cultural act, a political act, a step at a time of identity, but also a way of sharing with others. It's also a way to speak while partying, and you know that we at The Talvera, we like to party. Some time ago, we wrote a song called Dance Dance that says "Dance your anger and shouted, dancing around the earth, and when we are thousands to dance, the old world tremble." We wanted to make this film to inspire people to dance, to dance in Occitan, but also to dance with others. The dances are deliberately presented here in simple versions, as we have collected almost. Attention! it does not mean you need to imitate to the letter ... just keep in mind, it is appropriate to give you inspire others to dance and to make them live. These dances they were gathered around us, between 1979 and 2008, the Albigensian course, but also in the Rouergue and Quercy. This film shows the evolution of dance throughout history both in their function as their choreography. "