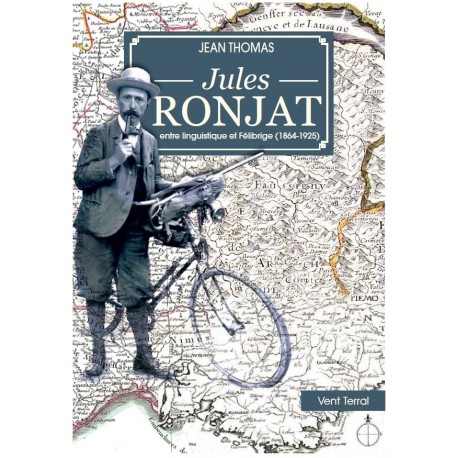 Jules ­­Ronjat - Between linguistics and Félibrige, Jean Thomas delivers his contribution to the history of Occitan linguistics from unpublished sources.


Jules Ronjat (1864-1925): a scholar, a linguist, one of the greatest Romanists of the early twentieth century to the astonishing course. Born in Vienne (Isère), outside the linguistic limits of Occitania, it is by admiration for Mistral that he learns Occitan Provençal and devotes himself totally to his "Cause". Elected majoral of Felibrige, he will even become baile (administrator).
Maintaining a correspondence, not only with Maillane's "master", but also with the greatest linguists of his time, he is the author of an important "Grammaire istorique des parles provençaux modernes" (historical grammar of modern Provencal) verses in four volumes, Which will not be published until after his death.

Jean Thomas, advocating a historiography of linguistics that is not limited to published texts but takes into account written and oral archives (testimonies, road or travel diaries, agendas) studies his life and his work through unpublished sources, In particular his correspondence, of which he drew up a critical edition, thus answering the fundamental questions of the historiography of linguistics: how knowledge is acquired and transmitted, circles of influence and diffusion of ideas are formed, how is organized And is the criticism constructed?

Through the life, work and commitment of Jules Ronjat, we also discover the internal history of the Félibréen movement and the Occitan Renaissance movement of the late nineteenth and early twentieth centuries, at the margin of a A much larger world, that of linguistics.

Jean Thomas is the author of a thesis "Research on the history of Occitan linguistics in its relations with the Renaissance movement". He is a lecturer at the University of Toulouse II and then at the Center Universitaire Champollion d'Albi. He is a professor of modern occitan-letters at the lycée of La Borde Basse de Castres and an associate member of the laboratory CLLE-ERSS University of Toulouse-Jean Jaurès .