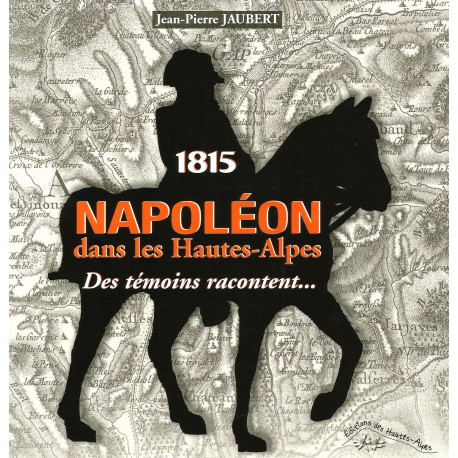 
On 1 March 1815, Napoleon landed at Golfe Juan. On the 3rd of March, at Gap, in the Prefecture of the Hautes-Alpes, the news of the landing was known, and the arrival of the Emperor was announced in the Hautes-Alpes on the 5th of March. In the Prefecture of the Hautes-Alpes, they are three witnesses to these events, Pierre-Antoine Farnaud the Secretary General, François Merlet, the Secretary of Prefect Harmand and Joseph Faure, Head of the General Administration Office. All three of them wrote their memoirs and gave us their perceptions of these days of March 1815. In addition to their views, Alexandre César Flour de Saint-Genis, Mayor of Upaix, Albert Montemont, Rights Administrator Gathered at Gap, Guillaume Joseph Peyrusse, treasurer general of the Crown during the Hundred Days, Jean-Baptiste Germain Fabry lawyer and writer, Louis Olivier, grenadier. A Gap-French historian, Ernest Sibour, also brought his eye through the testimonies he gathered.

Some of them are royalists, others are Bonapartists, but all relate in great detail what happened on the 5th and 6th March 1815 in the Hautes-Alpes. But they do not forget to mention the consequences of the passage of Napoleon to Gap with the punitive operations carried out by the Marseillais royalists on this city, which had their outcome only on 7 April 1815 during the Battle of the Piles at The Saulce.

In the course of these documents, the reader will be able to make his own analysis of this period of the Hundred Days.