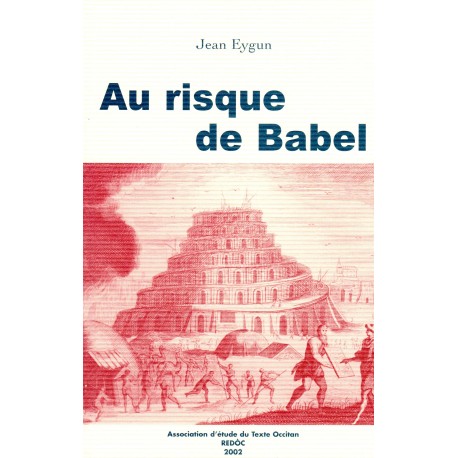 
In the Pays d'Oc, in what languages ​​do we speak to God or his saints in the modern era? Interrogating the relation to the sacred and the spoken and written languages ​​- Occitan, French and Latin - At the risk of Babel brings answers to this question.
The book thus applies to analyze the linguistic representations at work in all Oc countries and in the various religious communities - Catholic, Protestant or Jewish - over a long period of two and a half centuries.
Based on an inventory of all the religious texts printed in Occitan, the study of the means used by the Catholic Church, the analysis of the oppositions encountered by the attempts of setting up a pastoral Occitan permit to evaluate linguistic diversity of use by region.
If Occitan occupies the space of speech, the knowledge of field practices refers much more to the echo of a written word than the affirmation and the institution of a language, apart from isolated individual initiatives.
But the application of the principles of the Council of Trent, the Protestant and Catholic versions of the Psalms, the Jansenist upheavals, the spiritual songs and the celebration of the Madeleine, the fashion of the Christmas, the revolutionary sermons or the invention of the pastoral of Provence attest the stubborn, stubborn persistence of this Occitan word from the 17th to the 19th century.