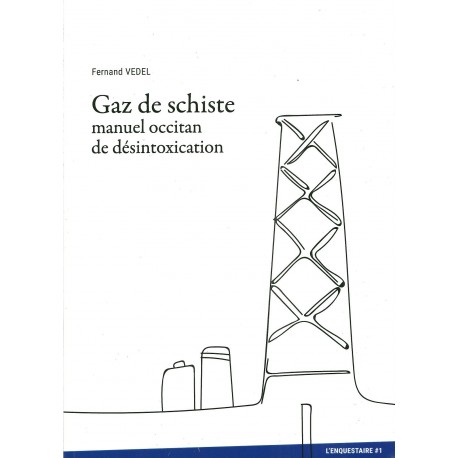 While France remains bogged down in the crisis, some lobbies want to start exploiting shale gas, especially in Occitan territory.
Fernand Vedel (CNRS honorary researcher) explains the physical difference between conventional oil and shale oil. Then he describes, diagram to support, hydraulic fracturing techniques that have been implemented in particular in the United States and their environmental consequences (mini earthquake, water pollution, etc ...).
One chapter is devoted to estimated world reserves, continent by continent (world map and table by country).
The political aspect is also present with a chronological description of the decisions taken on the subject in France as well as the exploration and exploitation permits issued in France.

Occitan territory is particularly concerned since research requests have been filed in Languedoc, Rhone Valley, Provence. There are 212 collectives against shale gas in Occitania out of a total of 293 collectives in the world! The occitans being far from the center of political decision in Paris, they could well be the first ones to make the expenses of a change of French policy or a reversal of the courses, even of a conflict with Russia!

Editions of the ADEO.