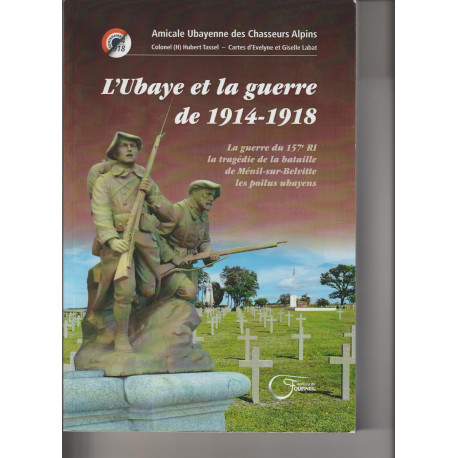 Thanks to patient research in public archives and private sources, Hubert Tassel, member of the Amicale Ubayenne des Chasseurs Alpins (A.U.C.A.), gives life and place - all their place - to the hairy Ubayans in the Great Guerra. From now on, they are no longer just a name, followed by a first name, engraved in stone, but men, whose journeys we follow from their village of origin and whose daily reality we share, with their families. words, when they reached us.We will follow, among others, the story, day after day, of Anselme Charpenel (returned from Mexico) who fought all the war, and who returned from it.

Hubert Tassel reveals the tragic story of the battle of Ménil-sur-Belvitte where disappear, in just one day, forty-nine young hairy Ubayans belonging mainly to the 157th infantry regiment. Father Alphonse Collé, parish priest of this village by his tenacious action and commitment, on the scene of the tragedy, saved them from anonymity and removed from oblivion.

Moving pages, where direct testimonies (notebooks, war diaries, correspondence, etc.), some of which are unpublished, and very largely restored, give substance to the sacrifice of these young alpine hairy people, and form the basis of the work of memory carried by this expected publication.