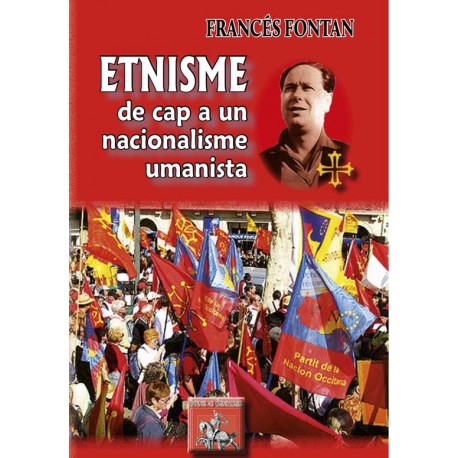 In 1960, a stranger, François Fontan, published a small book with the enigmatic title: "Ethnisme, vers un nationalisme humaniste". In it he explained that language is the synthetic index of the nation. That wherever there is a sure spoken language a given territory there was a nation and each nation had a right to its own independent state. This new doctrine, the intellectual (who was self-taught), called it "ethnism" by reference to the Greek word "ethnos" which means people or nation. Ethnicity redrawn the map of the world by challenging artificial nation-states to replace them with states corresponding to nations whose boundaries were ethno-linguistic and no longer the result of warrior imperialisms. A year earlier, Francés Fontan had created the Parti Nationaliste Occitan (Occitan Nationalist Party now become the Occitan Nation Party). A political organization whose clearly stated aim is the independence of Occitania.

More than fifty years after the publication of the book of Francés Fontan, ethnism is more than ever relevant and represents a future for humanity. Nevertheless, the book is not limited to the definition of an anti-imperialist nationalism of an ethnic type, it presents an analysis of the new relations which must be promoted between nations, between men and women, between age classes and between social classes . It is a project for a society of freedom and love.

Here you have the first translation in oc language thanks to Sèrgi Viaule.

There is also an bilingual English-French edition of the book, available here.

The author:
Francés Fontan was born in Paris (1929-1979). His father worked there as a railway controller. His mother, born De Cors, came from an old family of the Gascon nobility. He lived for a while in Nice, then, in 1964, he took refuge in the Occitan valleys of the Italian state and continued his work of political, linguistic and sociological research. During this period he published several texts. Tired of his intense activity as a theorist of ethnic nationalism and a worn-out and discouraged field activist, Francés Fontan was hospitalized in Coni (Cuneo) in December 1979. He died of cerebral congestion on the 19th of the same month.