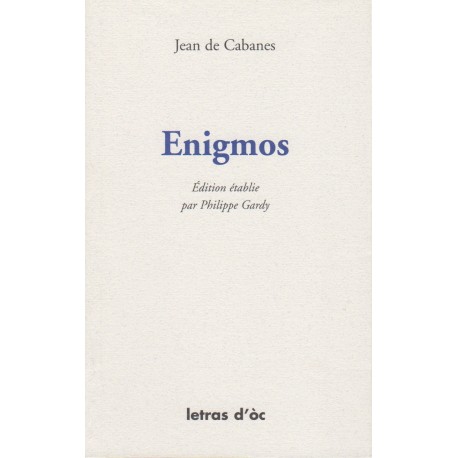 Felip Gardy, a poet himself, a critic and attentive observer of Occitan literature, has been familiar with the works of Jean de Cabanes for many years. He has already published a partial edition of his tales and devoted a vast study to the Aix writer.