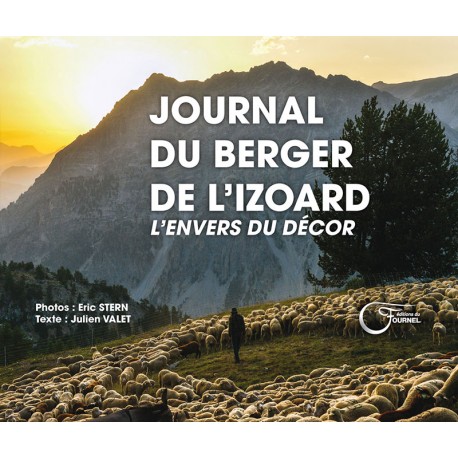 Journal du berger de l'Izoard (Journal of the shepherd of the Izoard) - The story of a summer at the Izoard pass (Hautes-Alpes - France), to show the other side of the scenery of the life of a shepherd in alpine pastures by Éric Stern and Julien Valet.

During my years working as a photographer at the Izoard pass (Col de l'Izoard), I gradually became acquainted with the people who live there in summer: shopkeepers of the shops of the pass, staff of the Chalet Napoleon and the shepherd who transhumes every summer to the chalets of the Izoard: Julien Valet. This privileged relationship with Julien allowed me to understand little by little the rules and the day-to-day functioning of a "Provençal" herd that participates in the life of the territory. We chose to tell two voices a summer at the Izoard pass, to show "the other side of the scenery".

Indeed, the first impression when one meets Julien and his herd is that of the immutable bucolic image of the shepherd in the heart of the mountain pastures: nothing moves nor has moved over the years. Shepherd with her stick, sheep, a few Rove goats to give the local color, herd dogs; everything evokes the Arcadia of the classical painters. However, Julien is a shepherd of the 21st century, born in a city center, trained in a specialized school, connected by walkie-talkie to the guards of the Regional Natural Park of Queyras. It can even be supplied by helicopter in the highest alpine pastures. So there is an image and a reality of the life of a shepherd who seemed interesting to me to confront in this report, accompanied by Julien's journal which allows to enter the intimacy of his daily life.
Eric Stern

The author:
Eric STERN is a photographer installed in Briançon for several years. He particularly likes the Izoard Pass for its landscape, both mountainous and wooded to the ascent, and a lunar aspect almost unreal at its summit. Moreover, it is a mythical pass of the Tour de France, a place rich in beauty, fauna and flora in all seasons.