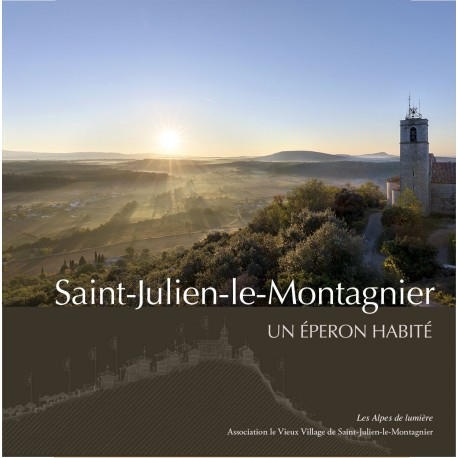 
The spur of Saint-Julien-le-Montagnier, in the upper Var, is a strange geological phenomenon, an amazing site, beaten by the winds, formerly without water, without land, without vegetation, where the men have hung. And since prehistory, was never deserted. At all times, they have raised shelters, houses, walls, places of worship, places of life, bringing out the building of the rock by incessant toil. By providing, despite the cramped space, one of the largest areas caladées of Provence.

Little by little, they domesticated and molded the natural space into food lands, between the refuge rock and the vast Var forest. Thus, this belvedere has become a site "inhabited" in every sense of the word: one of these places where is read on every corner the long history of men and from which one dominates immense horizons and of a staggering beauty.

To tell such a site, to give it to "feel", it needed the interlocking glances of those who inhabit it, know it, arrange it, make it live. This is why the approaches of geologists, geographers, archaeologists, historians, architects, urban planners, landscape designers, artists and poets echo. All highlighted by an abundant iconography and a rare richness: superb photographs, delicate watercolors, drawings, plans and elevations of high quality that give to understand each page and compose a hymn to the beauty. We have here like a song of love harmonized with several voices: listen to it and let you invite to this "crossing of the mirror".