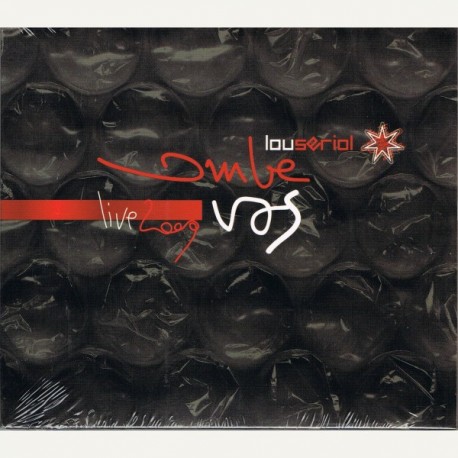 In the tradition of Lou Dalfin and near to Massilia Sound System, Lou Seriol brings his dynamic personal touch to the traditional repertoire by combining traditional music and rock 'n' roll: the accordion or flute rub shoulders with the electric guitar and the drums.

In this CD, the group of Occitan Valleys of Italy offers a superb public recording, realized in the famous "Hiroshima mon amour" (my love) of Turin. It includes 14 compositions of the group in a box CD + DVD "live video".

LOU SERIOL was born in 1992 on the flow of the rediscovery of Occitan music and on the valorization of it. In the first part of his life the group obtains a strictly acoustic, organic, gallic, voice and ripercorre formation of the passages of the tradition. The repertory is pulled by the patrimony of the land obviously Occitan that it is used in its purer form or the popular one. Already a year after its formation the group begins to use instruments not at all "traditional", congas, low electric, here begins an experimental course which will give life to the sound "made" by Lou Seriol and will strengthen in the years to come up.

In 1993 and 1994 the group is exhibited in turn for the Occitan valleys, animating parties and places in length and in broad. In a few years of concerts in the most disparate situations the Lou Seriol form their character and they hear the requirement to add other instruments to complete the sound. In 1995 they arrive indeed with battery and guitar. There is formed here the idea of ​​the sound of Lou Seriol and inzia him to work either on arrangements of passages trad but especially on the personal compositions. The components of the group begin to know the Occitan reality of oltralpe in a constant way by creating contacts with musicians of Occitania transalpine and Basque.
Precisely in the spring they go to Basque countries for a holiday where friendship will be born with the Sustraia, but soprattuto understands that the street for the band is that of live concerts by rolling as many kms as possible to make listen to their own Music and to have as many experiences and exchanges as possible.