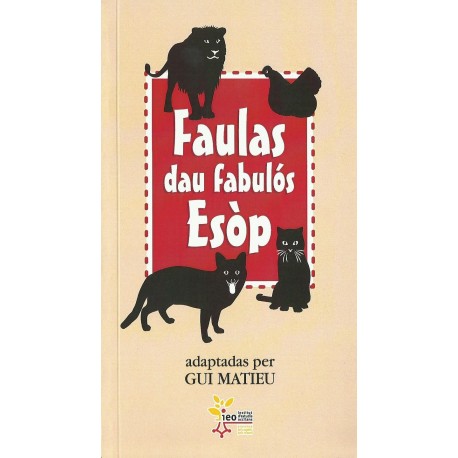 Faulas dau fabulòs Esòp - With his fables Aesop in Greece opened a trace that many storytellers would follow and are still following 2,500 years later. Adapted in Provençal Occitan by Gui MATIEU.

Fabulous ! For more than 2500 years we speak of the fables of Aesop. He apparently lived around 600-550 BC. J.C. in Greece. Laid, stammered, cured (apparently) of his lack of speech, he became advisor to important figures of his time. To pass a little morality into the world of that epoch, he said fables, we could say parables. It seems that Essope was not the inventor of the fables, they would probably come from Assyria (Persia today), perhaps from the Indies? ...

He wrote more than 500 fables, some taken from the 17th by La Fontaine. In the middle of the 19th Rancher, Laidet or Bigot translated or adapted Aesop's fables. Today writers in the language of oc continue to make translations of the fables, like the major Paul Raynal, Robert Aprin or the master in Gai Savoir Guy Mathieu.