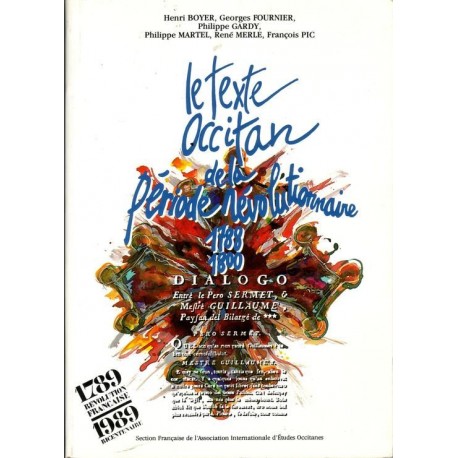 Between 1788 and 1800, during this period which we name from now on French Revolution, the constitution of the begun again nation was confronted with a linguistic diversity which caused important practical and theoretical problems. The occitanophonie of a majority part of the population in the "Midi", as the use, in other portions of the national territory, of parlers or the idioms more or less taken away from French itself, established a reality with which it was necessary to matter.