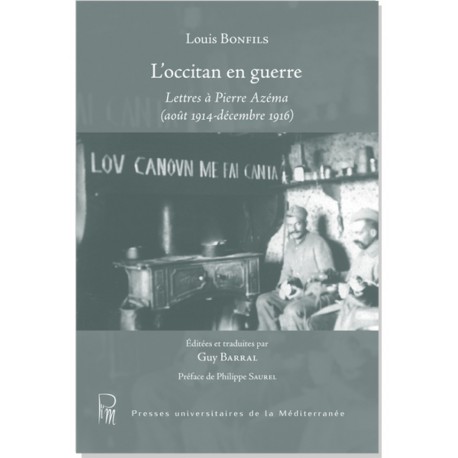 When Sergeant Louis Bonfils left for the war on August 14, 1914, he was a félibre who contributed the contribution of the South to the struggle of Great France.

The letters he sends to his accomplice Pierre Azéma are an exchange between two writers. They are also militant letters. First, and it is a unique fact among all the poilus correspondences known to this day, because they are written in Occitan. Second, because they testify to a fierce battle to defend the reputation of the southern rudely attacked by the civilians and the soldiers of the North of France. This struggle for the honor of the South will lead Louis Bonfils to his judgment by a council of war held on the front, where he will be acquitted, and even congratulated.

When Captain Louis Bonfils was killed in the war, on June 11, 1918, he certainly won some good victories, military against the Germans, moral against the French of the North, but the war which seems to recurrently oppose the North and the South Is far from over.

The publication of this exceptional correspondence, begun in 1918, had to wait a century to see the light of day.

University Press of the Mediterranean.

Presentation by the author: