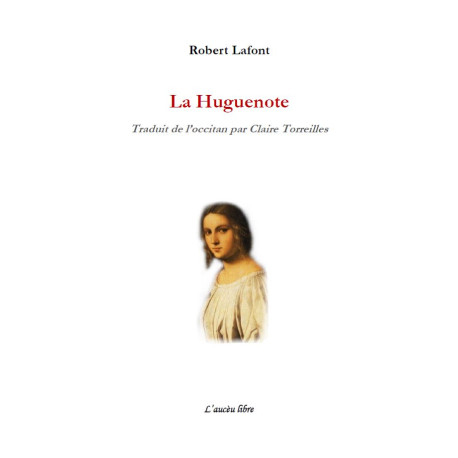 La Huguenote - Robert Lafont - Translate from occitan by Claire Torreilles. Historical novel about the siege of Montpellier in 1622, whose original text was in Occitan: L'Uganauda. L'aucèu libre.

La Huguenote is the only historical novel about the siege of Montpellier in 1622. Robert Lafont wrote it in Occitan, at the beginning of this century. The heroine, Esther, "l'Uganauda", daughter of a pastor from the Ariège region, finds herself drawn into the civil and religious wars that were ravaging Languedoc at the time. A beautiful figure of a very young woman, austere and sensitive, but seasoned, she discovers in a few months love and the tragic beauty of the world.

Robèrt Lafont was a poet, thinker, essayist, linguist, playwright, historian (of literature and medievalism), politician, novelist, polyglot... and a great lover of the Occitan language! Born in Nîmes in 1923, his Occitan probably came from his grandparents, both from Nîmes, whom he used to meet during the vacations.

Robert Lafont's work is known first and foremost as a linguist, historian of Occitan literature, medievalist, sociologist and political theorist of contemporary Occitanism.