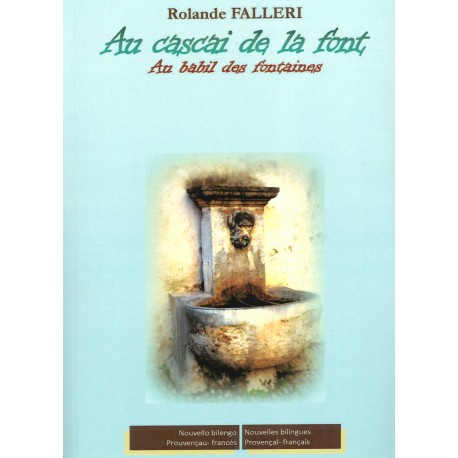 
This book by Rolande Falleri gathers 11 news, mostly unpublished, in Provençal language with the French translation opposite.


The stories are set in Provence, from the County of Nice to Comtat Venaissin and Drome Provençale ... and even Corsica for one of them. They deal with current or past daily life and honor the feelings of solidarity, friendship, humanistic values and attachment to the Provencal land, its culture and of course its language. A touch of fantastic, a touch of adventure to spice up the whole thing ...

This news is very appealing, of a rich language, of well-constructed fairy tales full of our culture. Most of these writings have already been rewarded in various literary contests.

Rolande FALLERI-GAROSTE was born in Nice in 1952, of a father craftsman and a mother teacher. She joined the Faculty of Medicine in Nice in 1969. After her marriage to a native of Nice who had just been appointed professor of literature, they moved to Limoges, where they remained for 5 years. She is finishing her medical studies there. They leave for Nîmes then Carpentras, before settling in Pernes-les-Fontaines in 1984. She will make her career as a doctor in the Vaucluse. They had three children.
Passionate since the childhood of the language of her maternal grandmother, she began studying Provençal in Pernes in 2004, then in Monteux and Mazan. Since 2006, she tries to write in Provencal plays, news and short stories. Some works have been rewarded in literary competitions.
Apart from a few texts published in magazines, most of the work is unpublished.