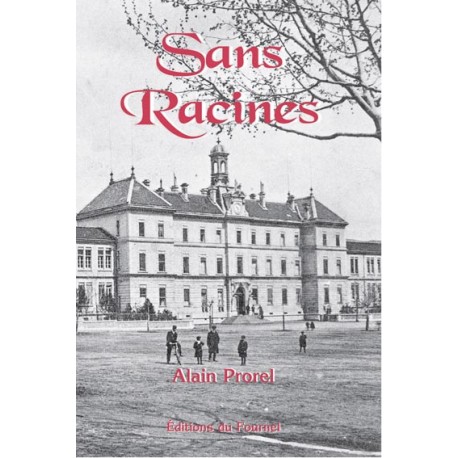 Sans racines (without roots) - Autobiographical novel by Alain Prorel about his childhood and the difficult life of those who have no family.

This book appears like the continuation of "Feuille Blanche", the first work of Alain Prorel, in which he recounted his childhood ...


In "Sans Racines", the author tells us about his adolescence at the Dominique Villars school in Gap where he was an intern. One finds with great emotion "Little Friend", "Le Crox", "La Daube", all these picturesque personages who marked by their personality generations of high school students.
In the first part, he leads in parallel the evocation of his own youth and that of one of these children of the assistance placed at random on farms ... The Espitalins as they were formerly called.


This child of the audience, Alain Prorel knows him very well ... He was born in 1914 in Briançon and he led with energy the difficult life of those who have no family.
What the author offers us is not so much his self-portrait as the colorful description of the environments he knew: the school, his boarding-school, before May 1968 swept away the old-fashioned traditions and his village of Haute Durance retaining, The offensive of modernity the ways of being and of thinking of time in the past.

Retired English teacher, Alain Prorel confesses a lack: his students. For some years now, he has been talking about his life, from his childhood to the village of Champcella until his retirement. His first autobiographical novel: "Feuilles blanches", tells his years of pupil at the lycée Dominique Villard in Gap. In 1968, he began his studies at the Faculty of Letters of Aix-en-Provence. He stayed abroad, in London (as assistant) and in N'Djamena in Chad (as a cooperant) before becoming a teacher at the Vauban college in Briançon.