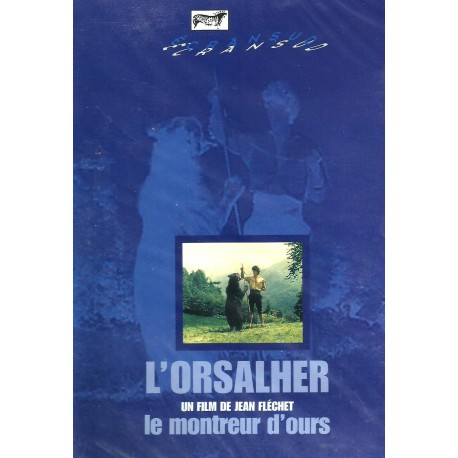 1840 in Ercé, in the Ariège. For Gaston Sentein, it is the end of childhood. With Estela, he discovers the pleasures of love; with his brothers, he learns the hard work of the mountain. At Ercé, there are bears. From then on, Gaston lived only to become a bear-bearer. Little by little, the young man appropriates the beast he has captured and sacrifices everything to him. He set himself on the sidelines, then set out: this film, the first part of a saga "La Caméra de Bois", will take him to Toulouse.


L'Orsalher, is Gaston Sentein, one of the seven sons of a family of Ariege woodcutters, who, imbued with the legend of Jean de l'ours, tears his country, his family and his fiancée the 1840s to earn his living on the roads of the Southwest as a bear watchman. He met the pedlar in Toulouse, a propagator of new ideas, and discovered, thanks to French the language of writing, a new mode of reasoning, speculative and theorizing.

Between legend and an adventure story, this initiatory journey equally takes place between the flesh and the spirit, the taste for the terroir and the thirst for travel, the necessities of individual life and the future of the community ....

Grand Prize of the Pubic Festival of Grenoble 1983.

- La Fam de Machougas by Jean Fléchet
Machougas, employed in the writings of a town hall in Provence, is always hungry. Machougas is always very hungry, so hungry that nothing can satisfy him. Its day is devoted to the puddings, pates, meats and fish. A fable carried by the beautiful personage of Pierre Aubert, Provencal Buster Keaton, naive and in love. Humor, cinematographic invention have made this film one of the classics of Oc language cinema.
Fiction by Jean Fléchet (1963) - 0h40 - 16 mm black and white.

- La Sartan de Jean Fléchet
With the same characters as the Machougas Fam, and a few months earlier, Jean Fléchet turned this village farce with the truculent characters of the Caderousse theater.
Fiction by Jean Fléchet (1963) - 0h20 - 16 mm black and white.

- Jean Fléchet, un cinéaste en Provence de Francis Fourcou
Jean Fléchet is an artisan of cinema, a simple cinema with humanistic values, a cinema of poetry, a farce where the world of childhood is as precious and rich as in the films of Tati. Author of the reference film in the language of Oc, "L'Orsalher" Jean Fléchet, is also the director of many works of cinema, and television.
Documentary by Francis Foureau - 0h26 - (2004)