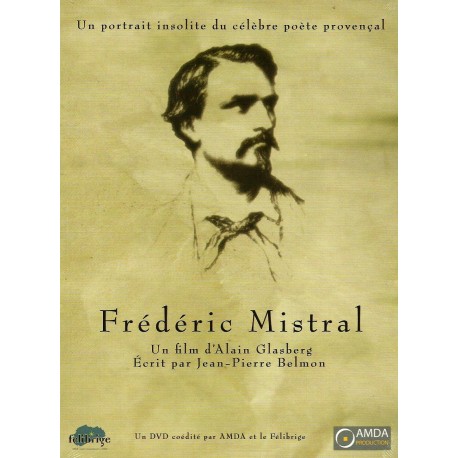 Directed by Alain Glasberg and written by Jean-Pierre Belom, this DVD "Frederic Mistral" is the only one documentary on the greatest writer of literature Oc.

(An unusual portrait of the famous Provencal poet - occitan literature)

A movie DVD (documentary) directed by Alain Glasberg and written by Jean-Pierre Belmon.

"A street, a place, a college ... This is often evoked by the name of Frederic Mistral. But few people really know the man and his work - yet gigantic! Frédéric Mistral is one of several French writers to have won the Nobel Prize, but it is the only one getting a work done in a language other than French. Writer expression Provence, translated into thirty languages??, lexicographer, author of the largest dictionary of the langue d'oc modern ethnographer, creator of a museum of society, the founder of a newspaper-inspired Federalist, it is also the origin of the movement, from 1854, gave himself for the defense and illustration of the language and culture of southern France, Félibrige.

In 2004, Frederic Mistral is so far the only documentary about the author that is considered the greatest writer of literature oc of all time.

In Occitan language (but subtitled in French and Italian). 52 min + making-of (13 min) and bonus.