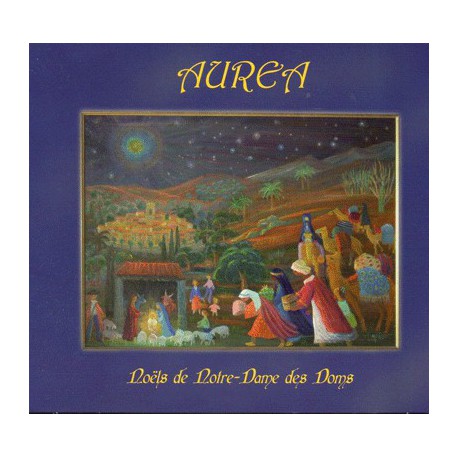 A wonderful anthology of sacred and Christmas songs brilliantly interpreted by the trio Aurea (Danielle Franzin, Thierry Cornillon, Marjolaine Rosset). This is traditional repertoire of Christmas in Provence from "Notre-Dame des Doms" in Avignon.

Aurea is committed to defending the traditional repertoire of the region, the Alpine valleys stretching to the banks of the Rhone, giving original arrangements. Aurea is a group inspired in creating voice magnet combine continuity and novelty, still in research. Three unique voices, with matching stamps, according swirling harmonies, mixing in some surprising variations.

This time, Aurea looked at the Christmas of "Notre Dame des Doms" in Avignon, a directory of the seventeenth century, found by chance in the last century, and which very few songs have since been interpreted. Guided by the wealth of possible alignments, and intrigued by the historical sense can take some hidden text, all thirteen Aurea has chosen to make his second CD. This disc was recorded in May 2009 in the beautiful village church of Bezaudun.