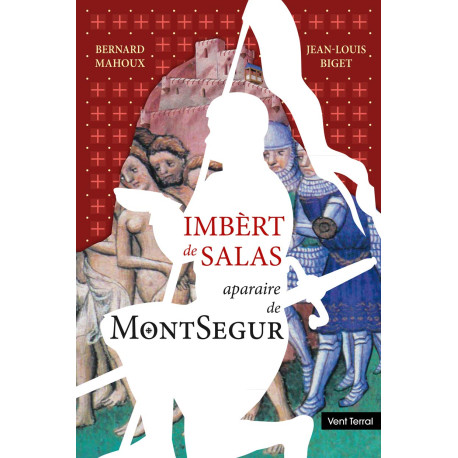 After the two Crusades against the Albigenses, that of the barons (1209-1215) and that of the king of France (1226-1229), Raymond Trencavel, returning the summer of 1240 of Catalonia, undertakes the reconquest of its possessions, Nobility of the Corbières, the Minervois and the Lauragais.

Little noble, native of Salles in Albigeois, Imbert of Salles, participates in this revolt. Proscribed, he embraced the faith of the good men for whom Montsegur became the last refuge. Its function is to guide and escort the believers who go there, to consult the most eminent among them, and return.

In 1242 he became a member of the commando who went to Avignonet and massacred the Inquisitors. Defender of Montsegur, from May 1243 to the surrender of the castle on March 16, 1244, as sergeant-at-arms, he was questioned extensively by the inquisitors and left us a capital testimony on the siege.

At the origin of the project of this historical novel: the Cercle Occitan d'Albi which asked the novelist Bernard Mahoux to tell but also to imagine the story of Imbert de Salles, sergeant-at-arms. The historian Jean-Louis Biget took care of the purely historical part. The whole forms a book translated into Occitan which can now serve as an educational tool in schools.

Bernard MAHOUX, novelist and author of a saga about the Trencavel, reconstructs from historical data what could have been the risky life of this exemplary hero, faithful to his ancestral values ​​in these troubled times.

Jean-Louis BIGET, a specialist in Catharism and the religious history of Middle Age, traces and recasts in their context all the attested facts of his life.