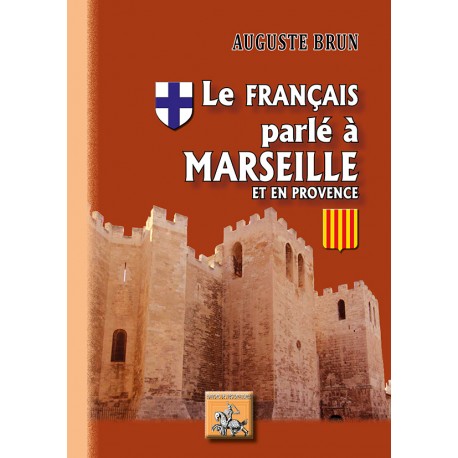 Le français parlé à Marseille et en Provence - Auguste Brun (The French language spoken in Marseilles and in Provence) - In Provence, as in all the South of France, archival documents show us that in many places, the invasion of French determined, in the consciousness of the natives, a kind of linguistic disturbance.

"When a common language comes into being, as an official language, in an area where local dialects reign, as happened in the sixteenth century, in Provence, for French, the event opens a crisis, inaugurates a new era , Made up of actions and reactions, of conflicts, whose aspects and consequences can be multiple and varied.

In Provence, as in the whole of the South, archival documents show us that in many places the invasion of French determined, in the consciousness of the natives, a sort of linguistic perturbation. It is a period of such anarchy that it is often impossible to discern which of the two languages ​​the editor claimed to write. As far as the spoken language is concerned, this disorder lasts as long as there are inadequate environments. Today, in far-off villages, there are still peasants who express themselves as the scribes of the sixteenth century ...

[...] However, if we have studied French commonly, dialects, and slangs, regional French has been neglected so far, no doubt for the reason that grammarians have accustomed us to see in it only Aberrant formations, incorrectness, vicious locutions, fruits of ignorance .... (extract from the Preliminaries of the original edition of 1931).