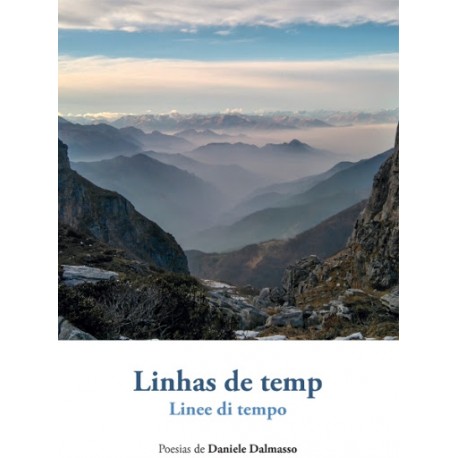 There is a generation that has yet caught a glimpse - and perhaps lived, with grandparents or through their eyes - of a world that was ending. A living faithful to obsolete, almost ancient models, apparently inert to the evolution of recent times. And they continue to look at this world, while being firmly anchored in the present: without getting out of contradictions but without even being overwhelmed by them. Daniele Dalmasso belongs to this generation and from this experience he draws his substance from his linguistic, musical and poetic expression, through a language which, like his roots, sinks into the land of his fathers, the Val Vermenagna where he grew up.

The choice to write in "another" language, relegated to a condition subordinate to history, if, on the one hand, it makes it possible to draw from a world of powerful and vivid images, as some memories of childhood are, on the other hand it also has a strong political value, insofar as it becomes a symbol of a reaction to the pressure of social and economic models and their normalizing power, in a world where "tot se pòl chatar, decò libertat "(Revelh) and where "maschas" and "sarvans" disappeared, while we are infested with technology (Retornatz).

Dalmasso is a poet on the border : a sometimes subtle border which separates a before and an after, the mountain and the plain, different languages, which are not only Occitan of the high valleys and the Piedmont plain or these varieties intermediate between two, but it is also the Italian of a significant education and the "high" culture in which the categories of interpretation of the current world have matured. And there is a poet who constantly crosses these borders, who are his companions, because that of the crest between heaven and earth is a companion of pastrals and smuggling / "gardiana d'las peaas esfonjaas dins lo temp" (Paradís perdut).

Above the mountains, the theater of life before, below the misty plain (or smoky for fireplaces) where one is inevitably drawn by the events : "chal tombar aval, coma tombon las peiras dal valon "(Adiu país). Along the ridges freedom ("le nuech quand roub dins ai sumis l'a conduit / a cerchar la libertat" ; "Fogagna niera"), below servitude. But this game of oppositions is fundamentally what is found in many Occitan poets on this side of the Alps, a structurally border territory, both in the best and the weakest texts. And then perhaps there is more than a generation between a before and an after, in the almost sixty years of occitan cisalpine poetic production after the start of the Occitanist movement (for some Provençalists). They link them "chronologies", like those which title this poetic collection. Lines, sometimes doors, which connect poems and poets who find in the language of their ancestors and in their lives experiment with words to say the precariousness of their inevitable uprooting.

And yet Dalmasso, who despite his denunciations and protests against the various "Minjafuecs" (fire eaters), offers at the same time some more disenchanted considerations: "tot chambia, mas ren vai franc perdut" (Lo temp), and sometimes optimistic , if it is true that even in these moments of crisis are possible the "first days", where in the eyes of a little girl who opens it is possible to see "tuchi lhi reires / retornats al mond" (although the most often the return to the beloved mountain seems to be reserved for the old man who has become wise from "Foganha niera", or for those who, in an apocalyptic perspective, flee from the concrete, like in Archa or even those who know how to live in the silence of loneliness as in "Qui mielh de nosautri ?").

But Dalmasso does not end up stiffening in this perspective, an apparently inevitable passage for those who choose to poetize in Occitan from our valleys, and leave a large place for the intimacy of small things (Cotèl, Bici, Cubèrt), of the world natural observed by those who have always lived there and knows its essential rhythm (Abelha, Revelh, Temporal, La Poslinera, Plòu ...).

Finally, a few words about the language. Dalmasso writes in a literary language, with sometimes strongly rhythmic lines - the author of Occitan songs recognizes himself - where we would have trouble recognizing specific Vernantines or Limonese, if we wanted to look for them where their linguistic roots sink , except perhaps "snow" by Chantapernitz, which, however, joined "néu" in Paradís perdut. Classical writing certainly contributes to this departure, for example comparing the double version of Frema / Frëmma, with the version transcribed with a writing of vague inspiration Mistral (similar to the writing of Escolo dóu Po) which remains closer of speech. But beyond the spelling, there are choices that reveal a clear desire not to remain grounded in the native dialect, both by accepting abstract and cultured terms foreign to the local tradition, which enter here, as we can expect it, from the Italian, and by adopting Occitan forms like the preterite, the verb tense has disappeared in the cisalpine varieties, but common across the Alps: "tuchi lhi Matè de torn venderon sa maire" (Chapolums), "Dal temp d’autri lops preneron lo comand" (Lops). It is not an operation so obvious or to be looked at with too much sufficiency; I rather think that it is ambitious, almost unrealistic insofar as the attempts to "build" the cultivated variety of a language which has lived on the lips of shepherds and mountaineers for centuries remain isolated on the feathers of some writers. But basically, composing poems in a minority language is in itself a doubly poetic, that is to say creative, operation in that by composing verses the language itself is composed. In this sense, continuing to write in Cisalpine Occitan is a way of nourishing the language with words and beauty.