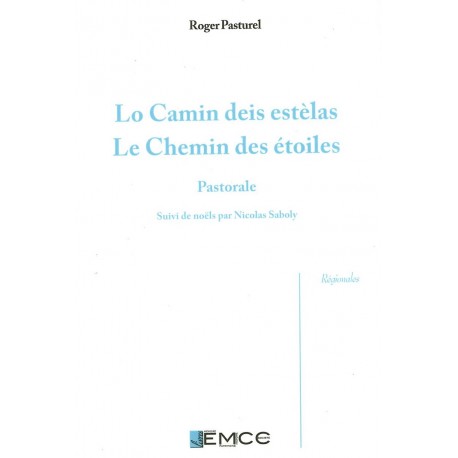 
This "stars road" is the one traveled by the characters of traditional "pastorales" in the oc countries: the shepherds, the master, the "bohemian" ... who go to pay tribute to the newborn of Bethlehem.

Roger Pasturel, a storyteller, an actor and a theater man, inspired six modern novels from of Nicolas Saboly (17th century), invented this modern pastoral in sixteen paintings, engraving it in the territory of the Baronnies in the southern Drôme: Buis- Les-Baronnies, Rémuzat, Sainte-Jalle, Pas de l'Echaillon ... form the setting for this tasty play performed for the first time in 1985 by the Mandrigoule troupe.

Thanks to Jean-Claude Rixte - for the edition in langue d'oc - and Mireille Roubé - for the French translation, this book allows to discover, in a version reviewed by the author, a contemporary work revisiting with happiness one of the Privileged genres of the Occitan literary and theatrical heritage.


The author:
Originally from Valréas - the famous "enclave of the popes", today Vaucluse although located in Drôme Provençale - Roger Pasturel is a teacher of formation. But the passion of the show quickly led him to become a storyteller, actor, director and then to write works intended for the stage - tales, plays, puppet dialogues etc. Attached to the language of oc, he likes to tap into the linguistic heritage of his region to transpose into my contemporary reality the myths and stories of yesterday and forever.


The theatrical text is followed by the six Saboly Christmas, which inspired the play and a short lexicon.